Time to look at Farmland Investments

We are now at a time when investing in almost any asset class seems fraught with risk  - actually, that may have always been the case, I am sure every generation felt that way.  The exception was investments in equity post World War 2, along with the consequent rise in mutual funds dealing in them. The theory was – and still is – that you invested a constant amount in a SIP and the returns took care of themselves. There are detailed explanations of why a SIP works, but the basis on which the whole performance rests is a steadily rising long term trend line.  If there is volatility but the underlying trend line is rising, a SIP can be justified. If the volatility is high, then a longer investment horizon takes care of it.

All this was fine in an era of post-world war industrialization in the western countries which enjoyed a steady period of growth coupled with access to untapped markets with their superior mass-manufactured products.   The last half-century of prosperity that the western world has seen, which was helped in a big way by relative peace and prosperity, rise of democracy, free markets and capitalism, and increase in cross-border trades ensured that anyone who invested steadily in equity would win in the long run, since the companies in which they invested in prospered.

That unprecedented run has now come to an end. There is increasing uncertainty around the outlook for every world economy. Europe, US, China, Japan… the stories are too familiar and the ongoing crises very recent to require any repetition. In such an environment I would be hesitant to put my money in equity, SIP or otherwise. Any investment in stocks has to be highly stock specific where one is convinced of the story. Investing on the faith of underlying stock indices is risky in the current situation.

Investment in debt too has done reasonably well for many years, till a few years back; at least it protected you from the ravages of inflation. But returns on debt are being eroded by governments to close to zero. Any asset that you have accumulated, should work for you, i.e. generate passive income. But Governments are going around printing money these days like, well just like it is paper which it is, and the way they are handing it out free on the pretext of quantitative easing only ensures that the money you are holding now will soon erode itself to zero value if you hold it in the form of cash.

That leaves out gold and real estate. Gold has always been a good hedge against inflation and will continue to be so. But real estate is probably the only asset left where one can expect some real return, at the very least one which is higher than inflation, and most likely, returns that beat inflation. It is an asset that will hold its value under inflationary conditions, and it is probably the most productive asset that you can have under your direct control.

Within real estate, one can choose among various options – residential apartments/plots/villas, commercial buildings, and farmland.  Farmland is looking increasingly attractive as an investment option. There is always going to be demand for food, and the increasing depredations caused by innovative financial engineering are bound to result in some kind “return to the basics” backlash. There are several other reasons given in the nice article attached below.

I would suggest – start considering investing in farmland. And in case it happens to be on the outskirts of a city/town, that’s even better. At some point in time, you might end up selling by the square foot what you bought by the acre!  Believe me, there can be no greater satisfaction that that!

Attached: a good article on Farmland that was forwarded to me by a friend. The best line is the last, "farmland is not a miracle investment, but a solid investment from old fashioned investing. Go walk a field and you will learn so much."

Few have ever considered farmland to be an alluring investment. However, in recent years it has been getting more attention from investors, primarily due to strengthening fundamentals and a consistent performance record. Most people realize that the world population is growing and, as a consequence, the demand for food is increasing.

Net income per capita is also growing quickly, especially in countries like China that used to have surpluses but have become net importers of food, as of late. The change in diet around the world toward more expensive foods, an increase in the consumption of meat, and the consistent use of biofuels are also increasing the demand for grain and other agricultural commodities. All of this bodes well for the value and returns from direct investments in farmland and farmland-based funds, in which performance is tied to these ameliorating basics. 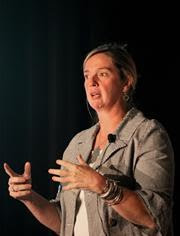 These were the central themes discussed at "Investing in Farmland and Feeding the World," an interactive session at the 65th CFA Institute Annual Conference in Chicago last week. The session was presented by Shonda Warner, a partner at Chess Ag Full Harvest Partners, the firm that advises and manages the Full Harvest Agricultural Opportunities series of funds. In addition to answering the question, "Why invest in farmland?" and highlighting the benefits and risks of investing in farmland funds, Warner spent time explaining how investors should approach valuation and where farmland values may be headed in the near future.

According to Warner, the investment returns on direct investment in farmland have been fairly consistent over the last 60 years, with appreciation of the land averaging 6.13% annually between 1951 and 2010. Current yields derived from renting land to farming tenants ranged between 2–5% annually over the same period, with the level of rents being a function of the level of interest rates, irrigation, location, and the types of crops that could be produced on the land. Total returns for the period averaged 11.52% annually with a standard deviation of 7.36% (USDA NASS returns, as compared to the S&P 500 return of 11.81% with a standard deviation of 16.83%).

Warner enumerated many other benefits of direct investment in crop land:

In addition to providing the investment rationale, Warner touched on the suitability of crop land as a portfolio diversifier and why obtaining a financial exposure to agriculture is gaining significant interest and acceptance from the investing public. "Investing in agriculture is a popular subject these days," Warner said. "When I started in the business in 2006, agricultural investing wasn't written about in the Wall Street Journal, Barron's, or anywhere else for that matter. Now it is everywhere."

Strengthening fundamentals in the agricultural market and the many positives that Warner mentioned had audience members wondering if farmland was witnessing a valuation bubble and what potential risks might derail the sector from its current course. According to Warner, most economists would say that farmland is not overvalued. She pointed to growing global demand, low interest and inflation rates, and a reliance on lower leverage and fixed-rate financing in the sector as reasons that values might continue to grow from current levels.

As for risks and potential trends that could impede future growth, Warner mentioned that new technologies could increase crop production at a rate that outpaces demand and puts downward pressure on commodity prices. She also mentioned that political support for ethanol could waver if oil prices drop, and that could impact corn prices and farm values. The expectations that interest rates will rise over the medium- to long-term could pose another risk. New types of ownership and the entrance of new, less-knowledgeable investors paying unsupported prices could also cause land prices to rise faster than they normally should, potentially leading to an asset bubble.

Although the increasing interest in farmland is motivating the creation of new ownership structures that can serve different segments of the investing public, investors need to understand that it is still a relatively inefficient asset class. Warner admitted that agriculture is a long-term investment, it is illiquid, and it is difficult to value correctly. One invests in the asset and can withstand short-term fluctuations due to a belief in its long-term potential. Investing in farmland-based funds is one way for smaller investors to gain an exposure to the asset class. Investments in commodities or stocks that service the agriculture sector may lessen some of the structural issues of direct investment but may also be more volatile or have a greater correlation to the stock market.

Warner acknowledged that regardless of investor interest, "farmland is not a miracle investment, but a solid investment from old fashioned investing. Go walk a field and you will learn so much."

Posted by Dinesh Gopalan at 6:13 PM

Isn't there a restriction on who can buy farmland in Bangalore? Also what government approval banner do we look for before zeroing on one?

It was a amazing experience to visit this website and read the articles and contents.I love the site keep up the good work.