Where technology is converging

This remarkable new product by Amazon (link at the end of the article) raises several interesting thoughts.

Starting with Charles Babbage's analytical engine, the world has moved rapidly.  We learnt to convert things to binary, and represent the binary bits in the form of vacuum tubes. Then we learnt how to use them to convey simple instructions through a language which could codify algorithmic thinking. We learnt to think and represent our ideas in algorithms, representing them in simple paths that involved yes/no, if/then/else, and 'do/until' kind of language.  We started communicating  with the machines through punch cards, then with low- level languages, then developed high-level languages with compilers and interpreters to translate them into computerese. Then came GUI's and the mouse, and all we have to do now is point, click and drag. The storage capacity on the computer and the processers themselves evolved at a furious pace, giving rise to the famous Moore's law, a pace that had never been seen in the world before. Computing power is doubling roughly every two years, and costs are halving, which effect has been seen over several cycles - given the power of compounding, the gains in just a few decades are nothing short of miraculous.

In parallel, telecommunication technology is growing at a scorching pace. More and more data are now being transported more and more distances, at a faster and faster pace. This enables the linking of all knowledge in the world into one huge source of information and the capability to handle auditory and visual media which require more number of  bits to store.

The gains in processing speed and storage capacity look likely to continue; as the current materials used reach their limits due to the laws of physics, newer materials are being found; from using electricity for carrying information, experiments are on to use light itself, and so on. The linking of the whole world is continuing apace, with the same pipes carrying ever-higher loads, and almost everything being linked wirelessly. 3D printing is evolving to such an extent that in a few years, manufacturing anything will involve downloading the design, customizing it, and feeding it into your printer.

In all this progress in computing, there were two big barriers - the first was one of battery life and battery size, and the second was how to interact with the computer. Even now interaction is largely through an interface like typing which has to be fed in, and the output of the computer is through something like a screen which has to be read out. The battery is still a problem, but the interface world is changing fast. Computers are being equipped with sensors to hear what we say, and natural language processors to interpret them. AI algorithms are giving them the ability to learn from their own past, and modify their behaviors depending on the context. They are becoming more and more like humans, in the sense that they can take cues from the environment through their senses of touching, hearing, and seeing. Smelling and tasting are still some distance away; but the evolution of 4D and 7D movies is a sign of things to come - smells and taste are also being digitized and broken down into bit sized pieces, capable of being transported, interpreted and manipulated.  The human sense organs are limited to particular spectrums - what we see, for example, is not the same as what a fly sees; what we hear is not the same as a bat; and what we smell is not the same as a dog. We operate within a limited band of spectrum for each of our senses; a constraint that the computer does not have. The computer's inputs will be as good as the range of instruments we provide it with.   Couple this with the fact that it has an infinite storage and retrieval capacity, along with the entire world's information available for immediate retrieval, and you are looking at a superhuman being slowly taking shape.

As we speak, drones are raining death in Afghanistan, controlled by someone playing video games at the Pentagon. Other drones, which can attack in swarms, communicating with each other and deciding attack strategies  without any human intervention, are already a reality. Robot security guards are being deployed at the Microsoft campus in the US, and there are robot shop assistants in Japan like this one: 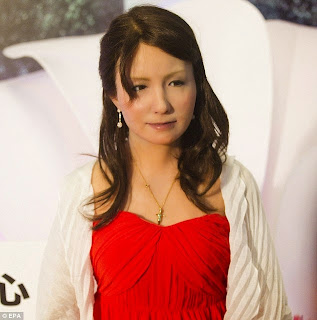 Cars are driving themselves, and they are safer than human drivers.  The machines can already beat the best grandmasters at chess. The days of robots like Endhiran (from the Tamil movie of the same name) are not far away.

Meanwhile, as machines are getting smarter and smarter, we humans are getting dumber and dumber. Our attention spans are getting shorter, our physical bodies are weakening and getting obese at the same time, and we are stopping to think for ourselves.

Humankind is doomed. The 'Amazon Echo' device shown below is just a precursor of things to come.  (link:      https://www.youtube.com/watch?v=KkOCeAtKHIc )

Posted by Dinesh Gopalan at 2:53 PM

Email ThisBlogThis!Share to TwitterShare to FacebookShare to Pinterest
Labels: trends