Why the 'Best Places to Work' Often Aren't: The Art of Corporate Survival Part 5

" List of Great Places to Work" (see article attached below) - such surveys are carried out as an annual ritual and released by every sundry organization in town. The lists usually throw up a few companies consistently on the top. Does this mean these companies are really great places to spend most of our waking hours? Maybe yes, maybe not. What it means is actually among all the companies out there, these are better. There is a vast difference between the two.
The company is an association of people who have come together for a specific purpose. Throughout history, when people have lived together or come together, there are certain shared values and shared activities, that keep people motivated and their energy recharged. The family and village induce a close sense of bonding - they care for you as a person, and accept you as a person; religious groups embrace you with open arms - if you have some problems, so much the better; social service groups work for a noble cause which keeps people charged up. Also, people love coming together and knowing each other; they create bonds at work. Most workplaces in the past gave an opportunity to do this, and more important, they gave employees the time to do it. Work mostly involved interacting with other people to get things done.
The modern organization, however, is built on different premises (pun intended). You build a glass building which you totally seal off from the outside world. No one stepping inside knows even what the weather is outside. So you are cut off from nature which is so essential to staying connected. The owners are remote. In most cases, you don't even know who they are. That adds to the disconnect. The motive is profit - at the highest level, which is not something to be really proud of. Actually it does not matter. Even if the motive is noble, by the time it is sliced and diced and percolated down to the level at which you work, the motive morphs. The motive is to make you work like an automaton at the peak of your efficiency and at 100 percent of your waking time plus some time borrowed from your sleeping hours, at a "role" that has been defined for you. This "role" usually bears no connection to the final customer and is usually very narrowly defined, all in the interests of efficiency.
The 'role' itself, more often than not, is remotely located, offshored, nearshored, co-located, outsourced, or in some way made remote from the actual people involved or the other work on hand. To aid this, computerized automation is used. Once all this is done, I could as well be working for some Martian employers whose motives I don't know but surely includes profit, sealed inside a tomb, chained to my cubicle, staring at some glowing screen, doing something that I know will pay me money to do, but something that I sense is disconnected.  Every interaction I have with my managers and co-workers is "professional" - meaning, all of us have left our integrated selves outside the office, and display to each other a very truncated version of ourselves. We behave as the script demands, and don't lapse into showing our true selves. Our true selves are kept on the shelf for the weekends, which is a time when we desperately throw ourselves into some activities to "enjoy" ourselves, since we have not been "enjoying" ourselves for the rest of the week.
We spend our waking hours either completely disconnected and hating what we do, like at work, or desperately trying to ease the pain by throwing ourselves into activities which we think will keep us happy, like at leisure. Both work and leisure activities tire us out and leave us drained of all energy, so we wait for sleep to give us deliverance. Most of the time, even this sleep eludes us. Modern life is truly ironical!
dinesh
(Article on great places to work from nytimes attached below)
http://dealbook.nytimes.com/2014/12/19/a-great-place-to-work-cant-be-found-on-lists/?emc=edit_dlbkpm_20141219&nl=business&nlid=31119589&_r=0

Why the 'Best Places to Work' Often Aren't 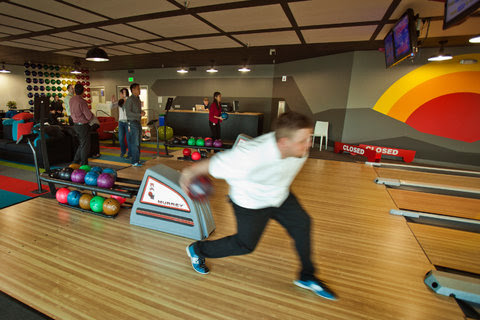 Google offers great employee perks, and often ranks among the best companies to work for. Credit Peter DaSilva for The New York Times

I can't imagine going to work at a company without first checking how its employees feel about working there. If you want to know what it's like to work in a given company, what better way than to ask its employees, and providing them anonymity, so they feel safe to say what they really feel?

Last week, the website Glassdoor released its seventh-annual list of the 50 best places to work among large companies. You don't have to read far into the reviews to discover how vastly different it can be to work in a high-rated vs. a low-rated company.

For example, 95 percent employees at Nestle Purina and 91 percent at In-N-Out Burger would recommend their companies to a friend, compared with just 29 percent who would do so at RadioShack and Sears.

Google, the highest-rated company on both Glassdoor and a list compiled by Fortune magazine, promotes a culture of constant innovation and an inspiring mission. It also offers a remarkable array of services and perks to employees. Alongside competitive salaries, Google provides terrific food, at no cost, workout facilities and low-cost massages.

But these lists don't really measure something even more important: the quality of their employees' lives. Over the last decade, I've spent countless hours interacting with employees at all levels in many of the companies that appear on the Glassdoor best-companies list, as well as on the Fortune annual 100 Best Companies to Work For list.

What these employees tell me, with increasing consistency, is how exhausted and overwhelmed they are. The relentless work demands take a toll on their health, happiness and family life. That also affects their morale and their ability to think creatively and reflectively.

Why, then, do employees at all of the companies on these lists rate their employers as highly as they do, including on their internal engagement surveys?

They are, I believe, the prisoners of low expectations. They're grading on a curve.

Their vision of the possible is limited by the workplace experiences they've had. They've been rewarded for working long hours while sacrificing other aspects of their lives, including time with their families and time for themselves. They've learned how to rationalize their choices, and not to expect more from their employers.

In turn, even companies genuinely committed to creating positive work environments mostly continue to operate as if their people have infinite capacity, and are able to do ever more, with fewer resources. Precisely the opposite is true.

Energy is our most precious resource. In physics, it's defined starkly as "the capacity to do work." Higher demand in the absence of sufficient rest and renewal means less energy. Less energy means less capacity.

So how can you define a great place to work? It begins with creating a work environment that enables and encourages all employees to regularly refuel and renew themselves, both on and off the job. That will make them capable of bringing the best of themselves to work.

As demand rises ruthlessly and relentlessly, employees at the "best places to work" aren't less willing to go above and beyond what's expected. That is the definition of engagement, but it's not sufficient. K. Anders Ericsson is the researcher best known as the architect of the "10,000 hour rule," which suggests that it takes 10,000 hours of deliberate practice to achieve mastery in a given field. But Mr. Ericsson has also found that the best performers in a range of disciplines practice in surprisingly small increments. Typically, it is for no more than 90 minutes at a time without interruption, followed by a break, and rarely for more than 4½ hours total in any given day.

How many employers on the Glassdoor and Fortune lists actively encourage their employees to work no more than 90 minutes at a time? Or to take regular renewal breaks during the day? Or to truly disconnect from work in the evenings and on the weekends?

Precious few companies recognize that it's not the number of hours their people work that determines the value they create, but rather the energy they bring to the hours they work. As Mr. Ericsson has found, it's possible to generate more value in less time by focusing intensely and then renewing than it is by working long and continuous hours.

The simplest measure of a great place to work is how it makes employees feel to work there day in and day out. That requires meeting the four core needs of their employees: physical, emotional, mental and spiritual.

Email ThisBlogThis!Share to TwitterShare to FacebookShare to Pinterest
Labels: corporate

Hello, I have browsed most of your posts. This post is probably where I got the most useful information for my research. Thanks for posting, maybe we can see more on this. Are you aware of any other websites on this subject. best link building service bhw

It's good that we meet and interacted found your blogs thoughtful. Must say I agree with you on the subject. Keep on blogging. Thanks.